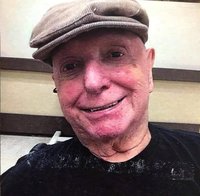 Schenectady-With his son at his side, Frederick R. Fritzen, 80, of McClellan Street, passed away Friday, February 19, 2021 at Baptist Health in Scotia. Born on March 7, 1940 in Niskayuna, NY, he was the son of Frederick C. and Lillian D. (Jones) Fritzen. A lifelong area resident, he was in the first graduating class at Linton High School. From 1963-1965, he served in the US Army as a combat engineer. He retired as a machinist from the General Electric Company after 38 years of service. In 1976, he founded The Horses Lounge on McClellan Street, the local neighborhood lounge, where many lasting friendships were made. In 2014, he was joined by his son Christian who continues to operate the family business. Fred was an incredible man. He was a strong, loving, caring, fun, hard-working, hard headed at times, Harley Davidson loving man. He was also generous and kind – always helping those in need. He loved stock car racing & Fonda Speedway where he was part of Eddie Pieniazek’s pit crew. He was predeceased by his wife Gladys (Marchewka) and sister Susan Bendino. He is survived by his son Christian Fritzen (affectionately known as Lil’ Fred) of Schenectady; sister Sandy (Steve) Ward of Darien, CT; nephews Steve Ward, IV and Chris Ward; nieces Kimberly (Ward) Burt and Roxanne Bendino. Friends and family may call from 6:00pm to 9:00pm Monday, March 1 at Jones Funeral Home, 1503 Union Street, Schenectady. Masks are required and social distancing will be observed. A Service with Military Honors will be held at 11am Tuesday, March 2 at Saratoga National Cemetery. The family would like to thank the Staff at Baptist Health for their exceptional care and compassion during his time there. Condolences for the family may be left at www.jonesfh.net