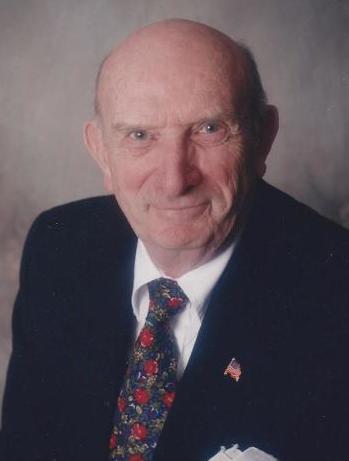 Niskayuna - Edward J. Burke (Eddie), 93, passed away peacefully on June 7th at Ellis Hospital, surrounded by his loving family. Edward was born in Brooklyn, New York, the son of the late Edward J. and Mary (nee Hackett) Burke. He was an altar boy at Our Lady of Good Counsel in Brooklyn. He volunteered for service in the United States Navy in WWII and became a Seabee, serving in the Pacific. He was called back to service in 1951 and served in Japan and Korea during the Korean Conflict, completing his service with a four-year enlistment in the U.S. Naval Reserve. Edward had a full working life. He worked as a toll collector for the NYS Thruway Authority for more than 30 years before moving on to his “second career” as a jack of all trades and maintenance man at Proctors Theater, starting with the theater’s renovation and reopening in the late 1970s, and working right up until the pandemic shut the theater down. He was especially proud to be gainfully employed until age 92! Edward was a long time parishioner of St. Anthony's Church. His family and friends enjoyed his quick wit and his legendary storytelling abilities. He enjoyed all types of handyman projects, reading, puzzles and traveling. Edward enthusiastically embraced his Irish heritage and ancestry, so his trips to Ireland were particularly special to him. He was predeceased by his parents, his wife of 62 years, Norma Lillian Burke, and his brother James Burke. Survivors include his devoted children, Christopher (Irene) Burke, Timothy (Mary Pat) Burke, Kathy (Joseph) Ryan, Nancy (Gary) Pierce, and his former son-in-law and friend, Steven Cardinali; cherished grandchildren, Edward, Matthew, and Mary Burke, David and Andrew Burke, Frankie Ryan, Sophia (Andrew) Underwood, James and Lillian Pierce; he is also survived by many nieces, nephews and wonderful friends. The family would like to say a special thank you to Dr. Peter Cospito for his care and guidance throughout Edward’s last days. A Mass of Christian Burial will be celebrated on Monday, June 14th at 9:30 am at St. Anthony’s Church, 331 Seward Place, Schenectady. Followed by a ceremony with Military Honors at 12:30pm at the Gerald B.H. Solomon Saratoga National Cemetery, Schuylerville. Relatives and friends are invited to call at the Jones Funeral Home, 1503 Union St., (at McClellan St.), on Sunday, June 13th from 1 pm until 5 pm. In lieu of flowers, memorial contributions may be made in Edward's memory to the Seabee Museum and Memorial Park, 21 Iafrate Way, North Kingstown, Rhode Island 02852 or to the Leatherstocking Honor Flight, PO Box 621, Cobleskill, NY 12043. To leave a message of condolence for the family, please visit www.jonesfh.net