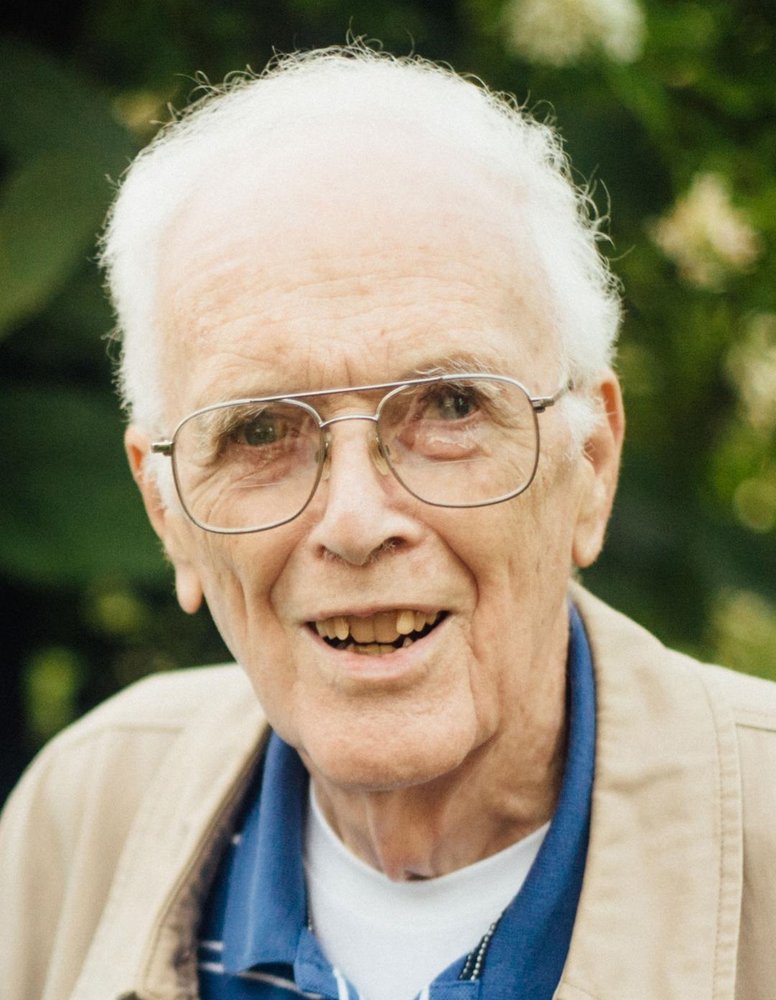 He was born in Seattle, Washington and spent his childhood in Everett, Washington, graduating from Everett High School. After receiving a bachelor’s degree from the State College of Washington he was employed by General Electric Co. in its advanced training program.  This was followed by assignments in several parts of the company, interrupted by 18 months in the US Army, after which he returned to employment by GE.  Much of his career was spent in the Analytical Engineering Operation.  His career included graduation from the General Electric Advanced Engineering Program, a Master’s degree from RPI and a few job related patents.  Leland was particularly interested in continuing education and during his career helped to organize and implement several informal educational technical seminars. Community activities included participation in the formation and startup of the MVP Health Plan where he was Treasurer of the Board of Directors for about 25 years.

Other community activities included church and neighborhood groups.  He was at various times Chairman of the Staff-Parish Relations Committee and Finance Committee of the First United Methodist Church.  In the neighborhood, he was chairman of the Board of Directors of the West Hill Development Corporation for several years as well as Chairman of the Architectural Committee for more than twenty years.

Some personal activities included building unique furniture, tractors, and sculptures and fixing anything that needed fixing. Leland was a favorite car consultant for folks in the market for a new or used car.

But none of these activities seriously interfered with the primary task of being married to his wife of 63 years, Marylois (without whom most of these activities would not have happened) and raising their three children, Shirley Freeman (Jim), Nancy Mullen (Paul), and Ron Tupper (Kim).  Other highly desirable products of this system include 8 grandchildren: Diane Freeman Klopack (Bryan), Alan Freeman, Lisa Freeman, Amy Mullen Inouye (Michael), Julie Mullen Tecson (Nathan), Carrie Mullen, Lauren Tupper and Aaron Tupper and one great-grandchild Adeline Marie Klopack.  Other survivors include his sister Annette Nygard (Stan).

Memorial donations may be made to First United Methodist Church at 603 State St., Schenectady, NY 12305.

A service celebrating Lee’s life will be held on Saturday January 12th at 1:00pm at First United Methodist Church.

Share Your Memory of
Leland
Upload Your Memory View All Memories
Be the first to upload a memory!
Share A Memory
Plant a Tree