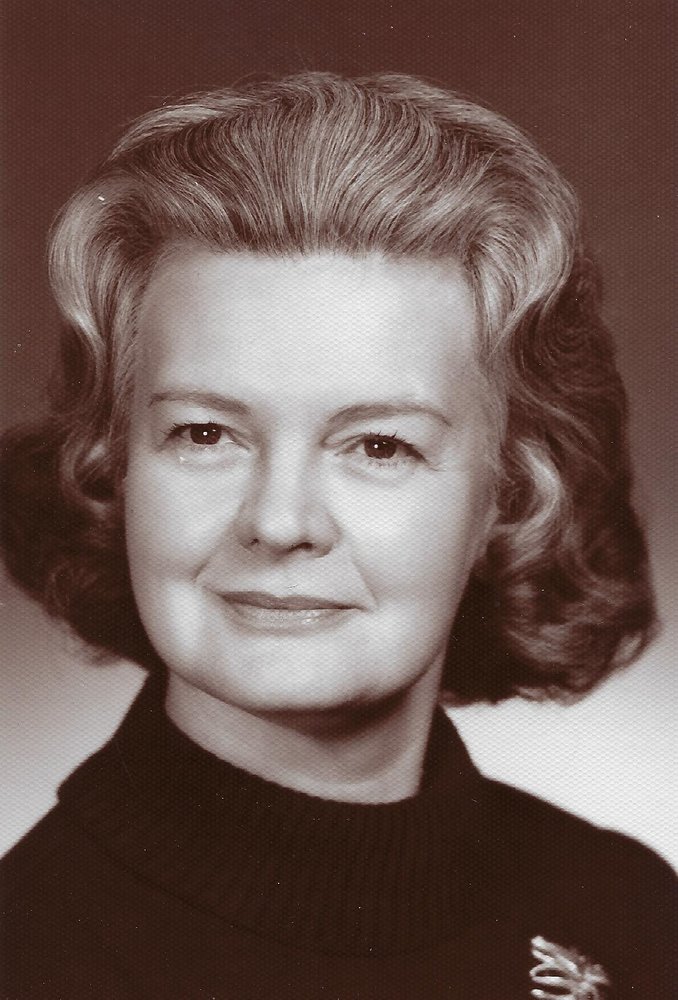 Please share a memory of Anne to include in a keepsake book for family and friends.
View Tribute Book
Anne L. Peterson, of Niskayuna, New York, died on March 19, 2019, after a short illness.
Born April 2, 1926, near Binghamton, NY, she was the daughter of the late Norma and Arthur Peterson of Niskayuna.  A graduate of Lansingburgh High School in 1943, she previously attended Saratoga Springs High School.  In 1946 she received her BA magna cum laude from NYSCT (U Albany) through the first Accelerated Program offered there and also her MA from U Albany in 1949.  During her 35 years teaching career, she completed graduate work at U Albany, Columbia Univ; Tufts Univ; St. Lawrence Univ; U of Bordeaux and Toulouse in Paris, France.  She took part in several Latin workshops.
From 1946 – 1950 she taught Latin, French and English at Middleburgh Central School; from 1950-1959 she taught 9th grade Latin, French and English at Van Antwerp Junior High School in Niskayuna.  During this time she was a State Latin Examiner and also wrote questions for State Latin Regents.  In 1959 she moved to Niskayuna Senior High to teach mostly Latin, including Advanced Placement Latin courses, as well as French and German as needed.  During this time she served as President of EZLTA (Eastern Zone Latin Teachers); as Chair of College Classics Week at U Albany for CAES (Classical Association of the Empire State); and as one of several teachers leading CAES Latin students to Italy in 1970 and 1973.  She loved teaching and remained in touch with many former students.
After retirement from teaching in 1981, she did various kinds of volunteer work and began painting watercolors for which she won recognition and awards – Schenectady Art Society and Colonie Art League.  She was an active member of First Reformed Church of Schenectady – serving on various committees and as a Stephen Minister.
She leaves behind her the family of her almost lifelong friend Janet Wallis Loveland.  Janet and Anne met at their U Albany interview when they were 17.  She is survived by her cousin Richard Knapp of Castle Creek, NY and his fine family.  Special thanks to the Dwyre family, Karen Barnes and friends and neighbors.
There were no calling hours and no memorial service at Anne’s request.
Final arrangements have been entrusted to Jones Funeral Home, Inc., with special thanks to Brian Lansley.  Burial was private.
Memorial contributions may be made to a charity of one’s choice.
To plant a beautiful memorial tree in memory of Anne Peterson, please visit our Tree Store

Look inside to read what others have shared
Family and friends are coming together online to create a special keepsake. Every memory left on the online obituary will be automatically included in this book.
View Tribute Book
Services for Anne Peterson
There are no events scheduled. You can still show your support by planting a tree in memory of Anne Peterson.
Plant a tree in memory of Anne

Share Your Memory of
Anne
Upload Your Memory View All Memories
Be the first to upload a memory!
Share A Memory
Plant a Tree