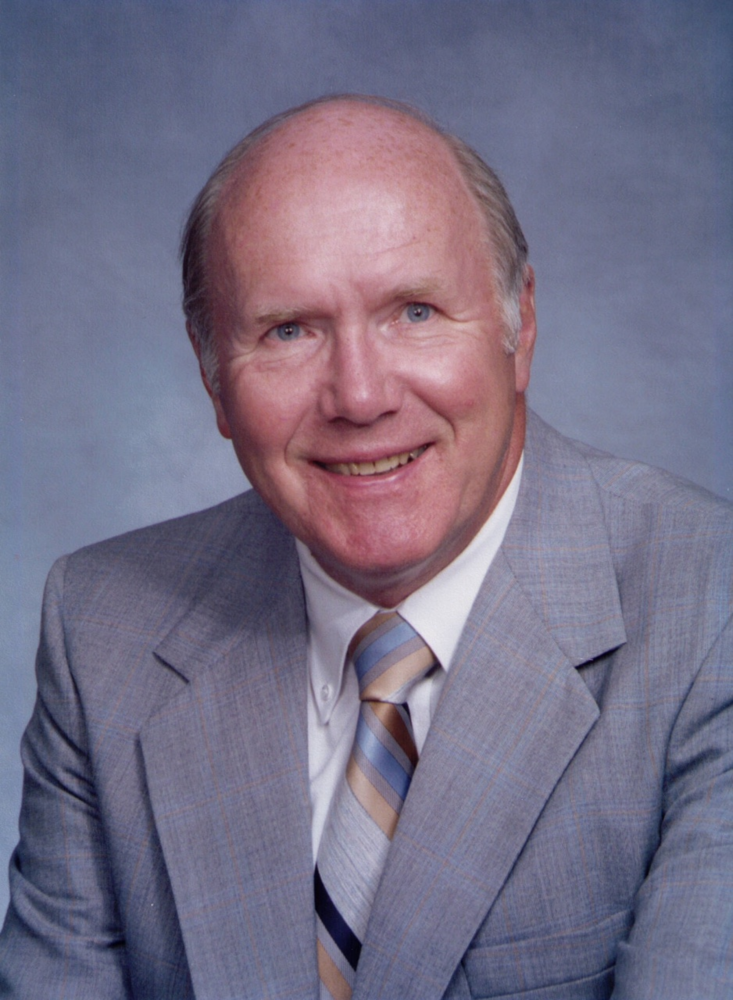 John R. Eshbach of Niskayuna often referred to the decade between 1940 and 1950 as the busiest and most productive period of his life.

In those years, he finished high school and completed undergraduate, graduate and doctoral studies; married and became a father to three of his eventual four children; served as a Naval officer during WWII, and joined General Electric as a research physicist.

Eshbach later was to be professionally and personally recognized by Nobel Prize-winning physicist Peter Grünberg as having contributed (along with scientific partner Richard Damon) the theory upon which Grünberg extended his work regarding layered magnetic structures.

“Your theory gave me the right clue to understand my observations,” Grünberg wrote in a greeting on the occasion of Eshbach’s 90th birthday.  “Indeed, the Damon-Eshbach mode was an important stimulus for me to study the properties of layered magnetic structures which finally earned me the Nobel Prize.”

Throughout his youth the family resided in Glenside, PA, a suburb of Philadelphia, and Eshbach attended Cheltenham Township schools.  In 1939, his father became the dean of Northwestern University’s new Technological Institute in Evanston, IL; the family moved to Kenilworth, IL, and John attended New Trier High School, Winnetka, IL, graduating in 1940.

He went on to receive a bachelor of science degree in electrical engineering from Northwestern.  While there, he joined the Alpha Delta Phi fraternity and was tapped for Deru, the men's honor society.  Also while at NU, he entered active service in the United States Naval ROTC.

Commissioned an Ensign in February 1944, Eshbach served during World War II as radar/intercept and fighter director officer on a Fletcher Class destroyer (USS Rooks -- DD-804) in the Pacific Theater, a tour that included the battle of Iwo Jima.

Later he served as plotting department head at the Radar Operators School, Camp Catlin, Oahu, Territory of Hawaii (T.H.).  He was honorably discharged from active duty in February 1946 with a rank of Lt., j.g.

After WWII Eshbach returned to Northwestern for a master's degree in physics; he continued his studies at the Massachusetts Institute of Technology, which awarded him a PhD in physics in 1951.  His thesis, in the field of molecular spectroscopy, was titled “Magnetic Moment Determinations from Microwave Spectra.”

Eshbach began a 35-year career with General Electric when he joined GE's Research Laboratory in Niskayuna, NY, in December 1950.  His initial research was on television camera tubes, particularly the development of an X-ray-sensitive camera tube for use in medical diagnosis and industrial inspection.

He then carried out research on the microwave properties of magnetic materials, both in terms of fundamental science and for application in microwave devices for radar and communication systems.  The results of this work were published in several papers in scientific and technical journals.

From 1962 until 1974 Eshbach was a research manager at GE, first of a section engaged in light-producing phenomena, materials and devices, such as electroluminescence, phosphors, and wide band-gap semiconductors, and later of a section researching microwave integrated circuits, radar-absorbing materials and microwave ovens.

During his later years with GE, Eshbach "returned to the bench" to pursue research in the microwave semiconductor field.  His last assignment with GE was a two-year period as principal engineer on the staff of the GE Electronics Lab in Syracuse, NY, where microwave integrated circuits were being developed for radar and communications systems.  Eshbach retired from GE in 1985.

Eshbach was a Fellow of the American Physical Society, a Senior Member of the Institute of Electrical and Electronic Engineers, and a member of the engineering and scientific honor societies Phi Eta Sigma, Eta Kappa Nu, Tau Beta Pi and Sigma Xi.

As a 50-year member of the First Reformed Church of Schenectady, Eshbach served on numerous committees over the years, including six terms on the Church Consistory as Deacon or Elder, two as Senior Elder.  He was a Life Member of the Greater Consistory of the Church.

A lifelong golfer and a member first of The Edison Club (Rexford, NY) and later of the Mohawk Golf Club (Schenectady), John attended many USGA and PGA golf championships. He played golf into his eighties.

In retirement he also engaged in the study of cosmology and endeavored to keep abreast of the latest discoveries and development in our knowledge of the universe.  He was always grateful to have lived during a period of significant advances in our understanding of the universe, our world and the phenomena that contribute to the beauty that surrounds us.

Similarly, he was grateful for the many individuals he came to know as wonderful friends and associates who pursued their own lives while contributing generously to our community and our civilization.

Eshbach particularly enjoyed family gatherings and visits with his children, grandchildren and great-grandchildren, including a memorable three-day gathering in 2012 that was part 90th birthday celebration and part family reunion.  He regretted the travel distances that developed as his descendants spread across the country, but that made their visits all the more precious when they did occur.

John's first wife, Barbara Whitehouse Eshbach, died in 1988 after 44 years of marriage.  He was later married to Linda Drake of Schenectady, who survives him.

A graveside service is planned for next summer at the Pennsburg United Church of Christ, Pennsburg, PA, where military honors will be presented.

In lieu of flowers, memorial contributions may be made to the Children's Choirs, First Reformed Church of Schenectady, 8 N. Church Street, Schenectady, NY 12305.

To plant a beautiful memorial tree in memory of John Eshbach, please visit our Tree Store

Share Your Memory of
John
Upload Your Memory View All Memories
Be the first to upload a memory!
Share A Memory
Plant a Tree