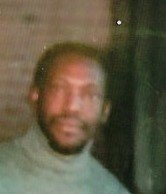 Please share a memory of Robert to include in a keepsake book for family and friends.
View Tribute Book
Mr. Robert T. Armbrester 71, passed away on May 22, 2019.
Born October 8, 1947 in Talladega, Alabama to Robert and Catherine Armbrester (both deceased).  Mr. Armbrester moved to Albany in 1963.  He attended Phillip Livingston Middle School.  He dropped out of school to help his mom support his younger siblings.
He worked for Howard Johnson and Albany County for several years, where he retired from.
Mr. Armbrester is survived by his sister, Dorothy Small (Clarence) Albany, NY,  his brother,
Larry Armbrester (Flo) Talladage, AL.  He is also survived by his children Donna Dorsey, Watervliet, NY, Linda Armbrester, Theresa Armbrester and Robert Armbrester III. (Marta) all of Schenectady, NY ; also survived by twelve grandchildren, six great-grandchildren and a host of nieces, nephews and friends.  A very dear friend, Annie Komegay.
Predeceased by his brother, Bobby Morris, Lester Thomas and sister Linda Armbrester.
The family would like to invite everyone to the repass on Friday, May 31st at 5 PM at 42 Elm Street, 2nd floor, Schenectady, NY (across from Cumberland Farms and McDonald's)
A visitation will be held on Friday May 31st from 3 PM to 4 PM at the Jones Funeral Home, 1503 Union St., ( at McClellan St.), Schenectady
To plant a beautiful memorial tree in memory of Robert Armbrester Jr., please visit our Tree Store
Friday
31
May