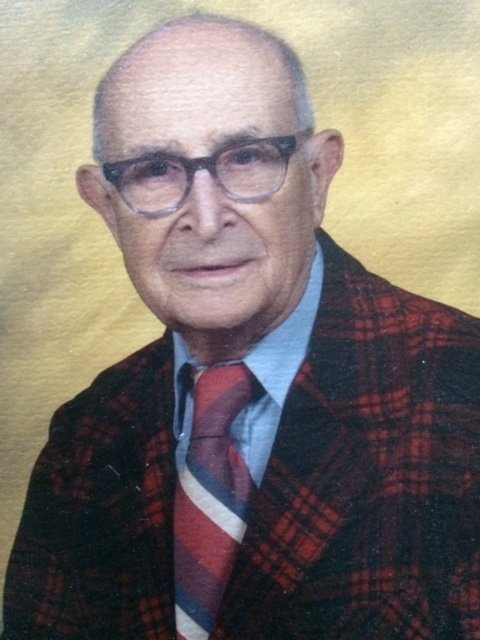 Please share a memory of Dr. Dominick to include in a keepsake book for family and friends.
View Tribute Book

On July 26, 2019, Dominick Mele died at Kingsway Arms Nursing Center after a short illness.  For the last 18 years, he was an active resident of Coburg Village in Clifton Park, NY.  At 104 years old, Dr. Mele was the oldest known physician to have served Schenectady County.

Dominick Mele was born, the eldest of eight children, in Schenectady, NY on December 3, 1914 to Ida (Capobianco) and Pasquale Mele.  His early education took place near Rome, Italy in the small towns of Sora and Arpino. Dominick returned to the United States in 1931 and graduated from Mt. Pleasant High School in 1933. He received a B.S. from Union College in 1937 and his medical degree from Albany Medical College in 1941. He interned at Ellis Hospital in Schenectady, NY.

During World War II, Dr. Mele served in the US Army Medical Corps and achieved the rank of Captain. While stationed at Camp Roberts, CA, he met and married the love of his life, Elma (Cerise) Mele, a smart and beautiful pharmacist from the wide open plains of Montana who became his lifelong partner. After Army service, Dr. Mele completed a residency in pediatrics at The Children’s Memorial Hospital in Chicago. In 1948, Dominick and Elma moved to Schenectady, where Dr.  Mele opened a pediatric practice.

Dr. Mele practiced pediatrics for over 50 years, cared for more than 20,000 children, and touched many lives. He served as Chief of Pediatrics, St. Claire’s Hospital 1975-76 and Chief of Newborn Services, Bellevue Maternity Hospital 1974-87. In 1996, he was a recipient of St. Claire’s “Spirit of Healing Award” in recognition by his peers for significant contributions to the well-being, both physical and spiritual, of the community. It was not unusual to hear that Dr. Mele cared for multiple generations of the same family. It was virtually impossible for him to go out in the Schenectady area without meeting a former patient and hearing a passionate story of the special care he provided.  He was known for not just treating the child but the whole family, especially the worried and sometimes panicky mother.  His house calls and phone calls occurred any time, day or night. Unscheduled calls and house calls to follow-up on a sick child were common.  Payment for services was secondary to Dr. Mele; he never asked about insurance or ability to pay, and often was paid with some delicious food at a late night house call. To his surprise, after one house call, he was offered newborn puppies as payment for his visit. Friends and colleagues marveled at his effort to maintain his medical expertise after he retired at the age of 86. It was common to see the latest medical journals strewn about his home, to the consternation but loving acceptance of Elma.

His marriage of 58 years to Elma was full of family travel, dancing, serious bridge-playing, time with friends and family, and winters in Pompano Beach, FL.  Dr. Mele was a long-time member of the Scotia Kiwanis Club and the Schenectady Sons of Italy. In 2013, the City of Schenectady recognized him with the highest honor it bestows on its citizens by granting Dr. Mele the Patroon Award for his exceptional dedicated service to the city. He was recognized for his longevity and service by the Schenectady County Legislature, the New York State Assembly, and the U.S. House of Representatives.

Dominick attributed his longevity to being an enthusiastic life-long learner, a daily walker, lover of good

Italian food and a devout Roman Catholic.  In his eighties he started playing the piano and continued lessons until just a few months ago. Even after the age of 100, he frequently wrote a to-do list that included checking the activity of wildlife at the pond outside his window. He was known for giving direct, honest advice, whether it was asked for or not, to patients and family and even to unsuspecting service persons or passersby. He always encouraged individuals to pursue more education and to consider a career in medicine as the highest honor one could achieve.

Both Dominick’s and Elma’s parents were Italian immigrants who came to the United States in the early 1900s to work hard and establish a better life for themselves and their future generations. Clearly, they were successful in this endeavor.

Dominick Mele is predeceased by his beloved Elma, his sisters, Vivian, Helen Sullivan and Mary Lilla, his brothers Frank and Peter and his niece Mary Manzoni.

In lieu of flowers, please consider a donation in memory of Dr. Mele to The Foundation for Ellis Medicine, 1101 Nott Street, Schenectady, NY 12308.

Share Your Memory of
Dr. Dominick
Upload Your Memory View All Memories
Be the first to upload a memory!
Share A Memory
Plant a Tree