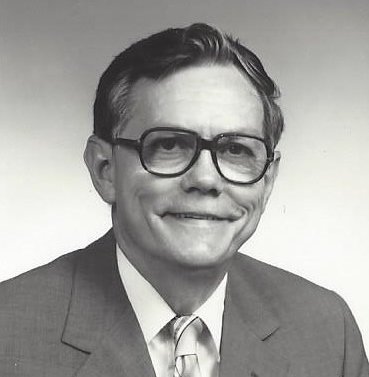 Please share a memory of Alfred to include in a keepsake book for family and friends.
View Tribute Book

Dr. Alfred R. Gilbert passed away on July 26th, 2019 in Wilmington, Delaware.  Born, November 27th, 1922, in Rocky Mount, North Carolina, to Rev. Oscar Green Gilbert and Mallye Nora Rachels Gilbert, Alfred “Al” Gilbert lived in Richmond, Virginia, through his high school and college years. He received his bachelor’s degree from the University of Richmond. Prior to joining the Navy in 1943, he received his Master’s Degree from Duke University. While in the Navy, he served as a chemist at the Naval Research Laboratory in Washington, DC. In this post, he conducted research on the organic synthesis of organosulfur-containing materials, oxidation materials, oxidation reactions and petroleum additives.

After being honorably discharged from the Navy, Al attended Duke University for his PhD degree in organic chemistry. There he met Mary Jo Taylor who was studying for her MS degree in analytic chemistry. The couple received their degrees in 1948 and shortly thereafter were married in Duke Chapel on June 26th, 1948. Both are members of Phi Beta Kappa.

In 1949, Al and Mary Jo moved to Schenectady, NY, where Al joined General Electric Company’s Research and Development Center. The couple had three children: Chris, Greg and Debbie. Al was a wise and loving father. Aside from his corporate life, Al enjoyed woodcarving, photography, camping, fishing, traveling and especially the Outer Banks of North Carolina. He participated in activities of Troop 11 of the Boy Scouts. He was an active member of the former Union Street Christian Church and, more recently, of Emmanuel Friedens Church.

As a chemist, Al specialized in research on silicones, fluorocarbons, new polymerization catalysts, and polymer synthesis and modifications. After serving as a liaison scientist, personnel administrator, and manager of several branches at the Center, Al was appointed manager of the Chemical Synthesis and Engineering Laboratory at the Research Center in 1980 and several years later was appointed as acting research and development manager of the Chemical Laboratories. He is known for his contributions to the development of a number of GE engineering plastics, including Lexan, Noryl, and Valox resins, and more recently, Ultem resin that was discovered by his group.

Al was named co-recipient of the Wire Association International’s 1983 Mordica Memorial Award for outstanding contribution to the advancement of the wire industry through the development of cross-linked polyethylene. This technology was the basis of GE’s cable insulation, commercially known as Vulkene, and had a major impact on the entire wire and cable industry throughout the world.

Al was the author of a number of publications and was awarded 27 patents, several of which were key patents relating to GE’s engineering plastics and Vulkene.

He and his wife, Mary Jo, were Founding Members of the Glen Eddy Retirement Community where they had lived since its opening in 2001. There he became organizational interim president of the Resident Council and served on the Information Systems, Dining, and Building and Grounds Committee, which was dedicated to establishing an innovative nursing home on the Glen Eddy site. He especially enjoyed creating carvings from a block of wood and researching and photographing the many flowering trees and wildflowers in the area. The camaraderie of the Glen Eddy “Breakfast Club” (8-9 AM) was a good start for each day.

In retirement, Al and Jo enjoyed for 20 years their favorite get-away destinations: the Gosnold Arms dock-level harborside suite on New Harbor, ME, and revisited a number of times the Island Inn “crow’s nest” on Ocracoke Island, NC, where the young family had spent many summer vacations. They delighted in Springtime with redbud and dogwood in the Shenandoah Valley; were amazed by the rhododendrons in the mountains of western North Carolina; and participated in 34 plus Elder Hostel programs/tours – also visiting often along-the-way with their children and their families.

Friends are invited to attend Military Honors interment of ashes (along with his wife’s) at the Gerald B.H. Solomon Saratoga National Cemetery, Schuylerville, NY at 11 AM on Friday November 08, 2019.

Memorial contributions can be made in care of:

Share Your Memory of
Alfred
Upload Your Memory View All Memories
Be the first to upload a memory!
Share A Memory
Plant a Tree