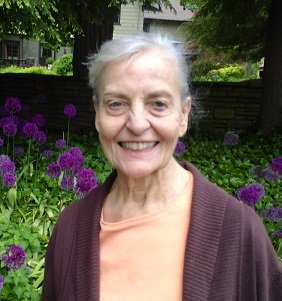 Obituary of Helga A. Schroeter

Please share a memory of Helga to include in a keepsake book for family and friends.
View Tribute Book

Helga A.Schroeter passed away at the age of 76 on Tuesday, August 20, 2019 at Ellis Hospital with her four loving children at her side.

Helga was born in Goerlitz, Germany, on September 21,1942 during the turmoil of World War II. She was the loving daughter of William and Johanna (Wagner) Asquith and younger sister to Irmgard. Helga met the love of her life, Siegfried Herman Schroeter, as a young woman.

Shortly after their marriage, Helga and Siegfried came to the United States in 1963 where Siegfried completed post-doctoral work at Notre Dame and Yale Universities. They settled in Schenectady, NY in 1966 when Siegfried started working at the General Electrical Research and Development Center. They adopted three African-American children, Martin, Katharina, and Cora. Helga then gave birth to a son, Frank. Helga became a U.S. citizen in 1973.

Shaped by her experiences growing up in post-war Germany, and coming to the U.S. during the Civil Rights and Anti-War Movements, including the assassinations of John Fitzgerald Kennedy, Martin Luther King, Jr. and Robert F. Kennedy, Helga was a lifelong crusader for social justice. She volunteered her time to serve numerous organizations. She was instrumental with the Schenectady Inner City Ministry. She was twice President of the local chapter of the League of Women Voters. She was a former President of Girls, Inc. and the Schenectady Interfaith Committee and a former Human Rights Commissioner. She was a trained facilitator for “Schenectady County Embraces Diversity” and served on the Civilian Police Review Board. She was a trained Study Circles facilitator and facilitated Study Circles on Race and Race Relations, on Police Community Relations and on Diversity. Over the years, Helga was also active in the Schenectady Public Schools volunteering with after-school programs, mentoring, and “Girls Circles.”

Faith was an important aspect of Helga’s life. She joined Immanuel Lutheran Church in 1966 and was a very active member. She chaired the Social Ministry Committee, taught Sunday school and enjoyed singing in the choir.

After Siegfried’s death in 1988, Helga worked as the Capital District Coordinator for The Fund for Modern Courts, a statewide court reform organization. She planned forums on court issues and supervised court monitoring projects. She facilitated the formation of joint recommendations for court reform and was the advocate for reform proposals in the State Legislature. She retired from the Fund in 2002 and thereafter served on the Board of the Committee for Modern Courts, the advocacy arm of the organization.

Helga received several honors in the Capital District community. She received the Schenectady County Human Rights Award, the Liberty Bell Award of the Local Bar Association, the Susan B. Anthony Award of the League of Women Voters, and the Katherine Rosendaal Award. In 2006 she was a gold medal winner of the Jefferson Award given by the Albany Times Union and St. Pewter’s Hospital. In May 2018 she was honored as “Schenectady County Older New Yorker of the Year.”

Above all Helga was a loving and devoted daughter, sister, wife, mother, grandmother and friend.

Burial will be with her husband Siegfried in Parkview Cemetery, Schenectady.