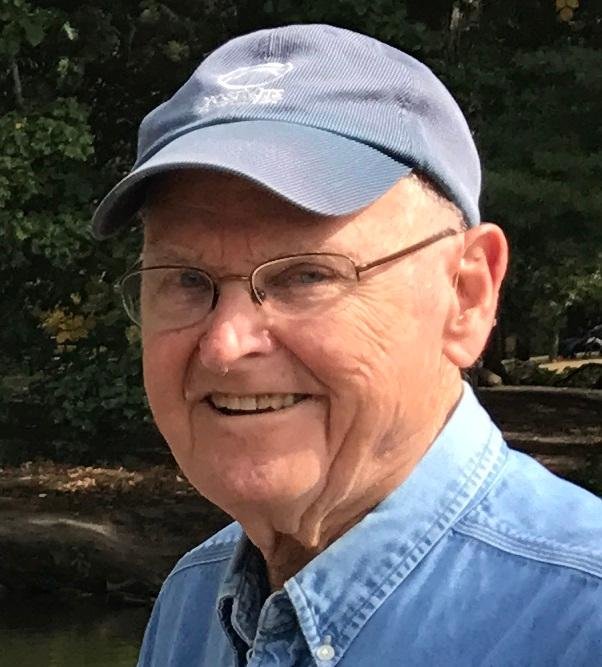 Robert Curtis Clark, 91, a former longtime resident of Scotia, passed away Tuesday, December 3, 2019 at his home.

Bob was a 1945 graduate of Northampton High and then served in the US Army from 1946 to 1948. In 1952, he graduated from Northeastern University  with a BS in Engineering.  Upon graduation, he was employed by the American Locomotive Co. in Schenectady, NY.  In 1967, he joined General Electric Company in Schenectady, retiring in 1990.  During this working career, he enjoyed a wide range of challenges in marketing, customer and product service, often with management responsibility.

He was married for 65 years to Sally Swan and they were the proud parents of Virginia (Ginny) Yenkner and her husband Bob, of East Hampton, CT., Richard and his wife Joanne of Windsor, CT., and Peter of Burlington, VT. He was pre-deceased by his sister Joyce and his infant children Cynthia and David.  He is survived by Sally and his children, as well as grandchildren Stephen and Mackenzie Clark.  His family, both immediate and extended, was paramount throughout his life.  Family experiences were frequent and brought great joy.

He was past-president, Paul Harris Fellow and 54 year member of the Scotia Rotary Club.  He also served on the Planning and Zoning Boards in the Village.  He and Sally travelled extensively and especially enjoyed the beauty of our National Parks.

Bob was an inquisitive person with a quest for more knowledge, especially of the natural world.  Among his many other interests were reading, conversation, birding, golf, puzzles and bridge as well as being an avid Red Sox Fan.

A private service will be held at Saratoga National Cemetery at a later date.

In lieu of flowers, memorial donations in Robert's memory may be made to The Scotia Rotary Club, P.O. Box 2029. Scotia, NY 12302