Sign in
Recommend Alexander's obituary to your friends
Plant A Tree 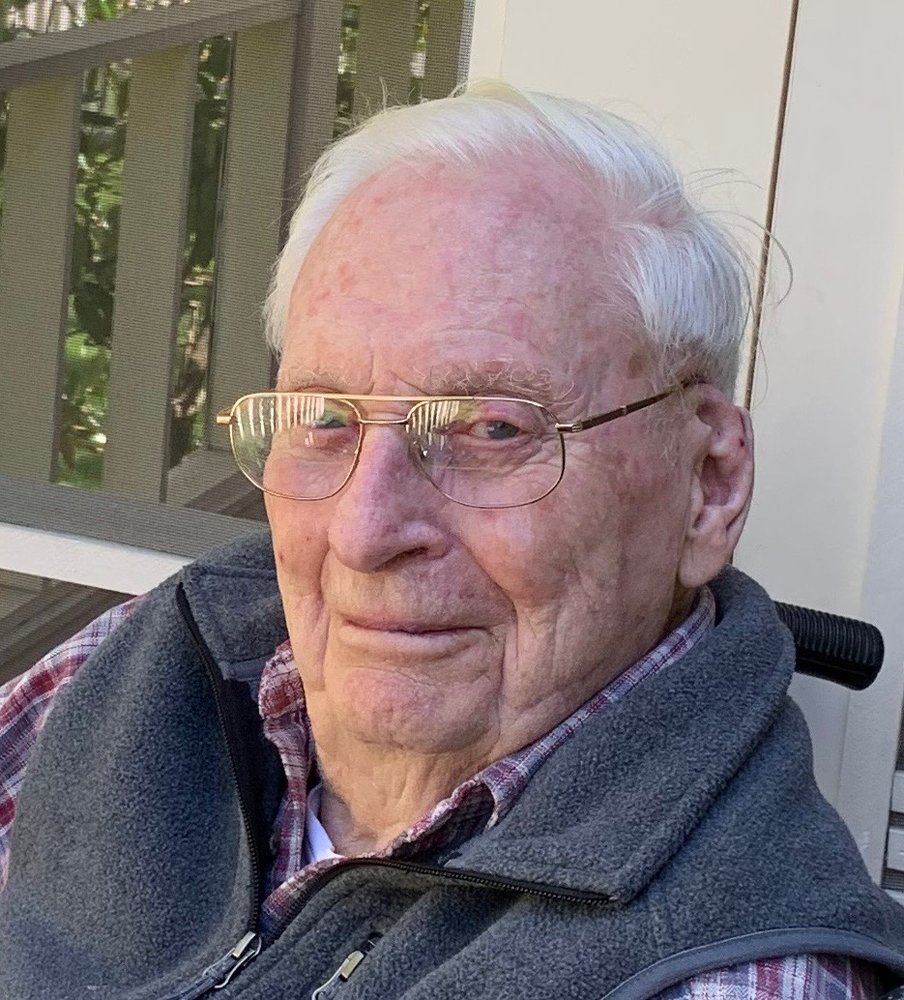 Please share a memory of Alexander to include in a keepsake book for family and friends.
View Tribute Book
Alexander James White Niskayuna- Alexander James White passed away peacefully at the age of 94 at the Kingsway Arms Nursing Center on January 10, 2020 after a wonderfully full life. Al was a long time resident of Niskayuna, NY. He was born on November 21, 1925 in Casper, WY to Alexander Rankin White and Beatrice (Pavlik) White. He always spoke fondly of his childhood experiences, exploring Wyoming and the surrounding areas. Camping, hiking, fly fishing, golfing, and working in his family owned grocery market were just a few of the activities he enjoyed with his parents. As a teenager, he climbed several of the peaks in the Grand Tetons and skied with his adventurous teenage friends. He graduated from Natrona County High School in Casper and continued his education at the University of Notre Dame. World War II interrupted his college career when he was drafted into the Navy. A father of a childhood friend taught Al and his own son about radios, helping him to earn a position as an electronic technician doing radar, sonar, and VHF communications for a motor torpedo boat squadron in the South Pacific. He worked and trained in several locations, but luckily the war ended before he was involved in any conflicts. After the war, Al returned to Notre Dame and graduated in 1949 with a degree in electrical engineering. Al’s 38 year long career with General Electric started in Schenectady, NY in 1949 as a test engineer right after graduation. He quickly moved into the GE Industry Control Department where he worked for most of his career as a manager both in Schenectady, NY and for 11 years in Roanoke, VA. He loved his opportunities to travel with his position including installation projects in India, Japan, and across the USA. He returned to Schenectady with GE in 1973 and retired in 1987. In retirement, Al volunteered his time for the United Way of Schenectady. While Al enjoyed his work, his family was always his first and foremost priority. Al met his wife, Rose Marie Geiger, at Lake George and after a two-year courtship they were married on December 1, 1951. They enjoyed a rich and wonderful 63 years of marriage. Al reveled and excelled in his role as father to his three children, Linda Ann White, Scott Alexander White, and Christine Ann White-Ziegler and his son-in-law John Francis Ziegler. He was also the extremely proud grandfather of Quinn and Parker Ziegler. Al was the adventurous, gregarious, and supportive central figure of the family. Always with a smile and a twinkle in his eye, he had a quick wit that made everyone laugh. He loved the great outdoors and traveling, true gifts he shared with his family. A trailer and boats provided many weekends of camping, boating, and sailing fun while trips to the beaches were filled with catching crabs and hunting for sharks’ teeth. Trips to the Tetons and Yellowstone engendered a love of hiking and trying to catch a view of the wildlife, particularly moose. Closer to home, he greatly enjoyed his summer times at his daughter Linda’s lake house, sitting on the dock and taking 7 am swims with his grandchildren. At his own house, Al’s gardens were his avocation and the delight of the neighbors as they saw the beauty of his flowers. Al was greatly loved by his family and he will be deeply missed. Al was preceded in death by his wife Rose Marie White. He is survived by his children and grandchildren. A Mass in celebration of Al’s life will be held on Saturday, January 18 at 9:00 AM at Saint Kateri Tekakwitha Parish, 1803 Union Street, Schenectady, NY. Prior to the service, relatives and friends are invited to a calling hour from 8:00-9:00 AM at the church. The Mass will be followed by a private Catholic burial at Saint Agnes Cemetery in Menands, NY. In lieu of flowers, please consider a memorial donation in his name. He volunteered for several years at the United Way of Schenectady, was particularly fond of hiking the trails maintained by the Adirondack Mountain Club, and loved his swims in Lake George that is being conserved by the Lake George Land Conservancy. We wish to express our sincere gratitude to the caring staff at Kingsway Arms who provided such loving care and support to Al and his family over the past year.
To plant a beautiful memorial tree in memory of Alexander White, please visit our Tree Store
Saturday
18
January