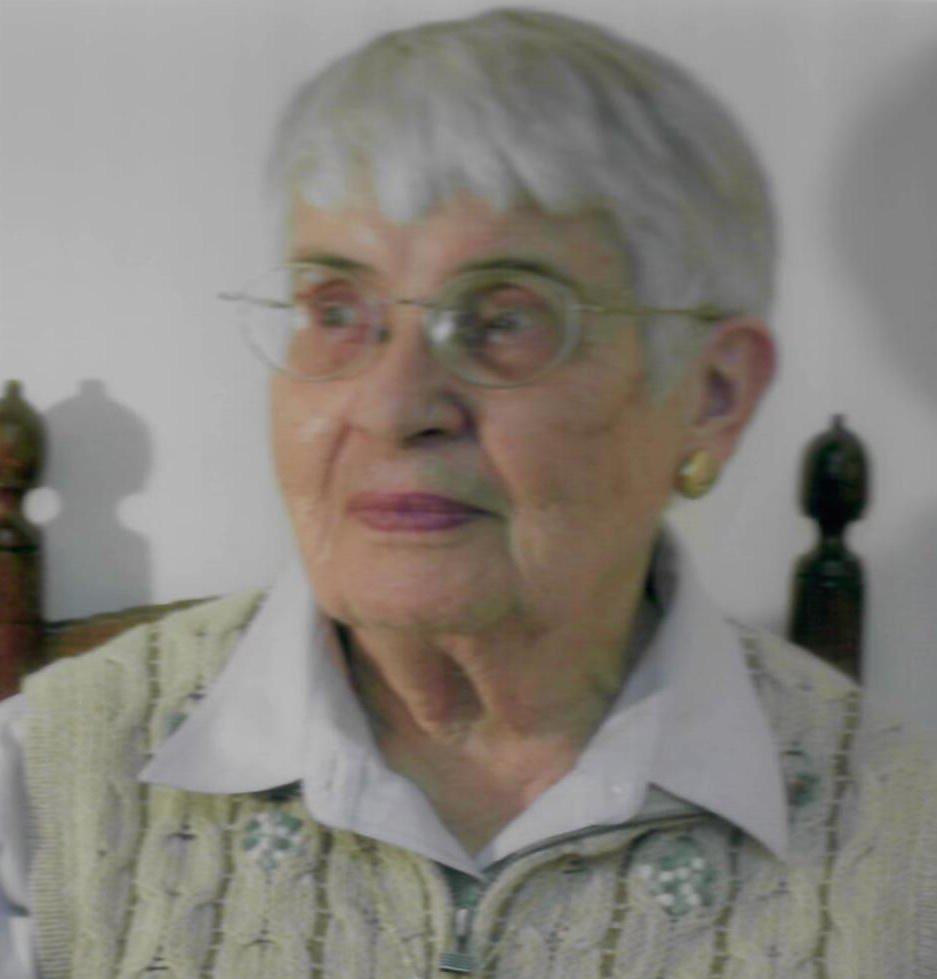 Please share a memory of Marjorie to include in a keepsake book for family and friends.
View Tribute Book
Marjorie Reed Sheffer died on Monday, March 16, at Kingsway Arms Nursing Home in Schenectady, New York. Marjorie was born on May 19, 1922 in Havre de Grace, Maryland, daughter of Allen B. and Elsie Murphy Reed. She was valedictorian of Aberdeen High School’s class of 1938 and went on to Cornell University, where she majored in French and met her future husband, Howard Sheffer, who was studying there for his PhD in Chemistry. After graduating, Marjorie went back to Aberdeen, Maryland for a year and taught high school English. In 1944, Marjorie and Howard married and moved to Charleston, West Virginia, where Howard did research for Union Carbide in the war effort. In 1945, they moved to Schenectady, and Howard began teaching Chemistry at Union College. They were married for almost sixty-two years. In addition to her husband, Marjorie was predeceased by her parents, two sisters, and two brothers. She is survived by her brother David (Nancy) Reed, of Niantic, Connecticut; and her six children: Dorothy (William) Fielding of Canada Lake, Roger Sheffer of Schenectady, Alison (James) Jurado of New York City, Peter (Karen) Sheffer of Richmond, Massachusetts, Nancy Sheffer of Billerica, Massachusetts, and Jane (Martin) Salant of Holliston, Massachusetts. She is also survived by eleven grandchildren, eleven great-grandchildren, and numerous cousins, nieces, and nephews. She was a member of Faith United Methodist Church, where she was a greeter and sang in the choir. During her long life, she also sang in Sage Chapel Choir (Cornell), Burnt Hills Methodist Senior Choir, the choir at St. John’s Methodist Church in Sarasota, Florida, and Burnt Hills Oratorio Society. In high school, she played violin in the Maryland State Orchestra. While in high school, she was a three-state spelling bee champion. She was a literacy volunteer in Schenectady and a published writer. Her publications include two novels, various essays, and many stories for children. The family wish to express their deep appreciation for the care Marjorie received at Kingsway Arms Nursing Center, and especially from her aide Madeleine Rivera, and nurse Jessica Parfait; and for the wonderful music brought to Mom’s room by her friend Janet Weick. In lieu of flowers, donations to the Howard Sheffer Chemistry scholarship c/o Union College, 807 Union Street, Schenectady, NY 12308 would be welcome. There will be no calling hours, and a memorial service will be held at a later date to be announced. Burial will be in the Union College plot in Vale Cemetery. Arrangements are by Jones Funeral Home, Inc., 1503 Union Street, Schenectady, NY. Online guestbook at www.jonesfh.net
To plant a beautiful memorial tree in memory of Marjorie Sheffer, please visit our Tree Store

Look inside to read what others have shared
Family and friends are coming together online to create a special keepsake. Every memory left on the online obituary will be automatically included in this book.
View Tribute Book
Services for Marjorie Sheffer
There are no events scheduled. You can still show your support by planting a tree in memory of Marjorie Sheffer.
Plant a tree in memory of Marjorie

Share Your Memory of
Marjorie
Upload Your Memory View All Memories
Be the first to upload a memory!
Share A Memory
Plant a Tree