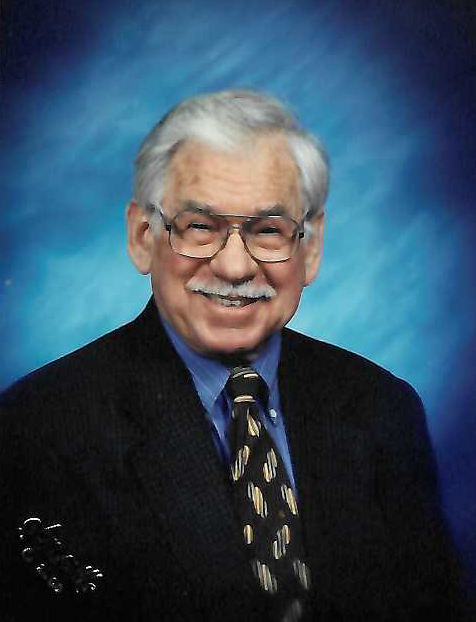 Please share a memory of Frank to include in a keepsake book for family and friends.
View Tribute Book
Schenectady- Frank S. Potochnik of Schenectady, formerly of Scotia, passed away peacefully at the Kingsway Arms Nursing Home on June 26, 2020 at the age of 93. He will be remembered as a devoted and loving husband, son, brother, father and grandfather. Frank is survived by his wife of 33 years, Dorothea C. ("Dottie") Potochnik of Schenectady, his sister, Amelia ("Molly") Rutledge of Rome, GA, his three children, Kenneth F. Potochnik and his wife Deirdre Mallon of Newton, MA, Kathryn P. Bartone and her husband Bruce of Hanover, MA, and Stephen J. Potochnik and his partner Mary McKillop of Corvallis, OR, and four grandchildren, Julian D. Bartone of Hanover, MA, Cary F. Potochnik of Los Angeles, CA, Daniel H. Potochnik of Boulder, CO, and Emily J. Bartone of Berkley, CA. Born in Rock Springs, WY, Frank was the son of Frank and Katherine (Dolenc) Potochnik. Frank joined the U.S. Army upon graduation from high school. He was being trained as a translator in anticipation of the invasion of Japan when the war ended. He served instead in Daegu, South Korea, as a member of the army of occupation. Upon discharge, Frank attended the University of Colorado on the GI Bill, graduating three years later with a degree in chemical engineering. He was a proud member of Tau Beta Pi Engineering Honor Society and a licensed professional engineer. He worked his entire career at the General Electric Company, taking assignments in Erie, PA, Pittsfield, MA, Selkirk, NY, and finally Waterford, NY. It was in Pittsfield that he met his first wife, Carolyn I. Burt, whom he married in 1953. Frank and Carolyn raised a family in Scotia, NY. Together with their children, they explored the best parts of the U.S. and Canada in their station wagon and pop-up camper trailer. Carolyn passed away in 1982. A few years later, Frank met Dottie, whom he married in 1987, thereby gaining three stepsons; Craig, Matthew, and Scott Ramsey. After Frank's retirement from GE in 1989, he and Dottie enjoyed many trips together including to most Europe, Alaska, Turkey, China, and to his parents' birthplace in Slovenia. Dottie and Frank shared a love of jazz, classical music, and theater; and delighted in entertaining both friends and family. Frank loved the outdoors, hiking, camping, cycling, and skiing. He remained active into his 80's and it was a sad day when he hung up his skis for the last time. Frank will be remembered for his humor, his resourcefulness, and his reliability. His wife, children, and grandchildren will miss him dearly. When the Covid virus allows, the family will gather to celebrate Frank's life at the Gerald BH Solomon Saratoga National Cemetery where he will be buried with Military Honors.
To plant a beautiful memorial tree in memory of Frank Potochnik, please visit our Tree Store

Look inside to read what others have shared
Family and friends are coming together online to create a special keepsake. Every memory left on the online obituary will be automatically included in this book.
View Tribute Book
Services for Frank Potochnik
There are no events scheduled. You can still show your support by planting a tree in memory of Frank Potochnik.
Plant a tree in memory of Frank

Share Your Memory of
Frank
Upload Your Memory View All Memories
Be the first to upload a memory!
Share A Memory
Plant a Tree