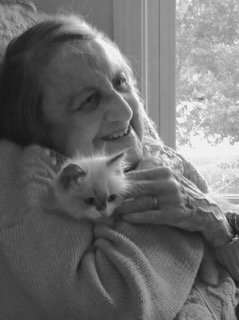 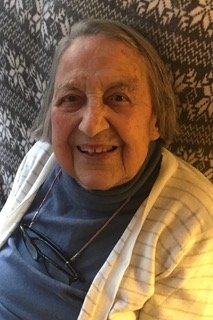 Please share a memory of Marjorie to include in a keepsake book for family and friends.
View Tribute Book
Saratoga Springs- Marjorie M. Reynolds died Monday, August 24th, at the Wesley Senior Community in Saratoga Springs. Born in Cambridge MA on April 6, 1918 to Richard R. MacMillan and Helene Chipman MacMillian. Marge married Jackson L. Reynolds on March 27th 1943, three months after meeting. She was an active member of her community and an educator in Buffalo NY and later, after moving to Schenectady, tutored in the former Euclid Elementary School. In the early1970s she became director of Schenectady’s first Senior congregate meal site (part of Meals on Wheels) at the former Schenectady Girls Club. Marge became Assistant Director of the Girls Club, retiring in 1990. Known as “Mother Marge”, she was devoted to the Club…its mission and its staff. In retirement Marge and Jack spent 6 months a year at their home built on her grandfather’s garden plot in Wellfleet, Cape Cod. She was an active member of Trinity Methodist Church in Schenectady (now Faith United Methodist Church) and served on the planning committee for establishing The Wesley Senior Community project. Little did Marge know then that the last 10 years of her life would be enjoyed there. Family members include: Her daughter, Susan Hannon; beloved grandsons Ross Hannon (Karissa) and Richard Reynolds (Julianne); nieces Elizabeth MacMillan (Hamilton Stewart) and Jean Bowers (Michael). Marge was predeceased by her husband of 72 years, Jackson Reynolds; her son, Jackson III; her brother, Fred MacMillan and nephew, Richard MacMillan. Special thanks to the loving care given to both Marge and Jack by the staff at Woodlawn Commons, Wesley Senior Community. Their loving care provided years of happiness and friendship. Private family services will be held at a later date. To leave condolences for Marge's family please visit www.jonesfh.net
To plant a beautiful memorial tree in memory of Marjorie Reynolds, please visit our Tree Store

Look inside to read what others have shared
Family and friends are coming together online to create a special keepsake. Every memory left on the online obituary will be automatically included in this book.
View Tribute Book
Services for Marjorie Reynolds
There are no events scheduled. You can still show your support by planting a tree in memory of Marjorie Reynolds.
Plant a tree in memory of Marjorie

Share Your Memory of
Marjorie
Upload Your Memory View All Memories
Be the first to upload a memory!
Share A Memory
Plant a Tree