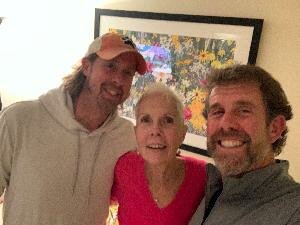 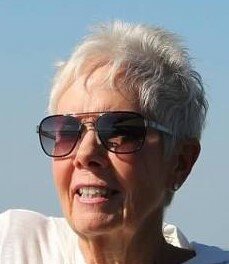 Please share a memory of Mims to include in a keepsake book for family and friends.
View Tribute Book

Mims Bendall of Niskayuna died in her home, peacefully, on October 8th, 2021, from complications related to pancreatic cancer. She was born on April 30, 1946 in Hartford CT. She earned an Associate Degree from Elizabeth Seton College in Yonkers, and completed one year of Nursing School at St. Vincent’s Hospital in NYC.

In 1968, she married a partner, Jim, then a law student, who embraced her as his equal, and together they built a life based on love, mutual respect, and family. She worked to support them both as an aide on the Labor and Delivery floor at Bellevue Maternity Hospital until they started a family, which would come to include two sons, Jamie and Justin. Once her children were school-aged, she completed her education with a Bachelor’s Degree in Social Work from Skidmore College’s University Without Walls, and Master’s Degree in Health Services Administration from Russell Sage College. She returned to the workforce at Haven as a grief counseling volunteer. She volunteered for and then was employed by Hospice of Schenectady as Coordinator of Bereavement Services.

In subsequent years, she also fulfilled the requirements to become a Credentialed Alcoholism and Substance Abuse Counselor, after which she worked as a substance abuse counselor at Clinical Services in Latham, before ultimately becoming the Clinical Director. Her last employment was at Gilda’s Club as a program coordinator and support group moderator. Throughout her professional career she was motivated by, sought fulfillment through, and prioritized helping others in their time of need. Mims spent the majority of her professional career, and the many hours she spent volunteering at charitable and community organizations, helping others through both some of the happiest and most challenging times of their lives

She was a feminist before feminism was cool. She believed in the causes of women, and was drawn to those who challenged conventions and advocated for equality and justice where it was lacking.

She had a lifelong love of reading and remained interested in the arts and beauty in all its forms in the natural world. Once retired, she enjoyed attending lectures and auditing courses at Union College. She was physically active, and enjoyed vigorous daily walks wherever she might be, particularly in her beloved Vermont, Stone Harbor, NJ., and Marco Island, FL.

Mims was the center of the universe for her family. She taught us how to live, and in the end, how to die, with strength, courage, humor, integrity and compassion.

Throughout her life she was grateful for the close friendships she had formed and had a significant impact on those she came in contact with. She was constantly finding things in experiences to have gratitude for, was generous with her laughter, and interested in having conversations of depth.

Mims wasn’t without her quirks. She was never late to the airport and - if given the choice and some time to kill, could be found with a broom in hand sweeping, often when no visible debris could be seen to the naked eye. If hosting guests, she would prepare an appetizer spread unlike any that could be found anywhere else, or likely consumed in one sitting by the people she was hosting.

Mims was predeceased by her parents Matthew and Adele Reiser, and by her brothers Michael and Jay Reiser.

Mims is survived by her loving husband, Jim, and her devoted sons Jamie (and his kind and dear wife Kelly) of Alpharetta, GA, and Justin, of Pomfret, CT. She is also survived by her most cherished grandchildren, each of whom she loved dearly and unconditionally: Avery, Addison, Haydn, McKenna, and Jackson.

The family wishes to thank Hollye and the other fine people at Community Hospice, Dr Lawrence Garbo and his wonderful staff at NYOH, Dr. Kosloff of Naples, Fl, and Dr . Won of Memorial Sloan Kettering, each of whom helped Mims and her family navigate her diagnosis with dignity and respect and candor.

Private arrangements for her cremation have been made by the Jones Funeral Home, Schenectady NY. A Memorial Reception to honor her life will be held at Mohawk Golf Club on Sunday Nov. 7th from 3:00 to 6:00 PM. Friends, family, and colleagues are welcome to gather to express condolences and to share fond memories of her at that time. Tributes and messages can be left at the website of Jones Funeral Home:jonesfh.net.

Charitable contributions in her memory can be made to a fundraising effort to support Pancreatic Cancer Action Network (PANCAN) at the following link: http://support.pancan.org/goto/50for50th

Share Your Memory of
Mims
Upload Your Memory View All Memories
Be the first to upload a memory!
Share A Memory