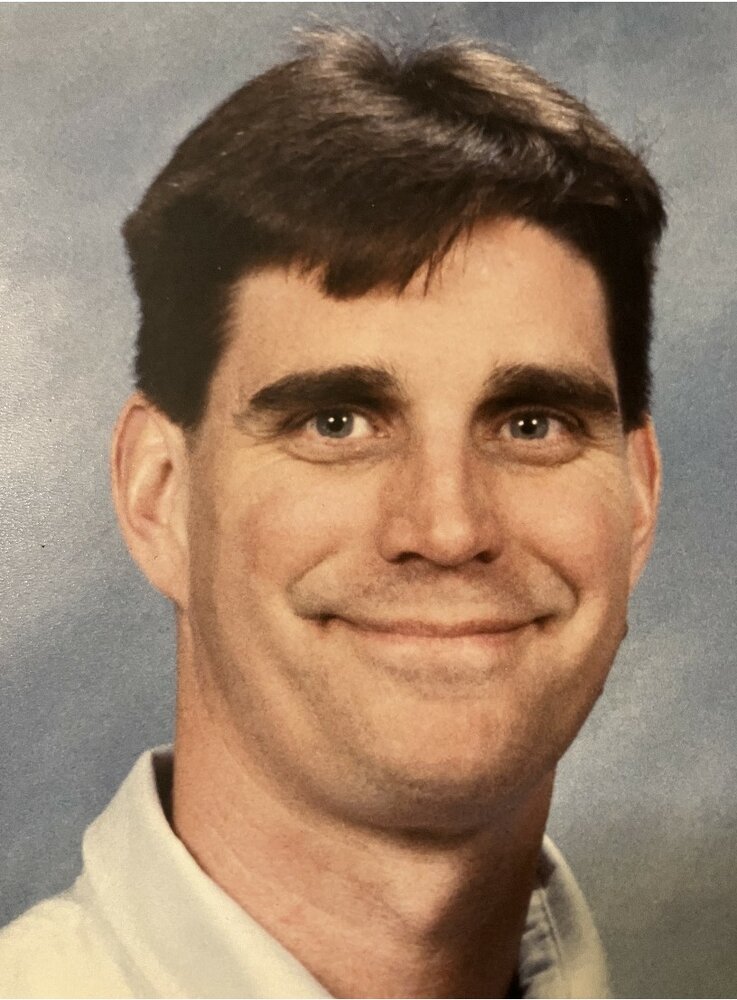 Please share a memory of Tom to include in a keepsake book for family and friends.
View Tribute Book
Tom M. Rapple, 60 years old, a longtime resident of Malta, NY passed away on Thursday, December 22, 2022 at the Glendale Home in Burnt Hills. Born on July 10, 1962, in Niskayuna, NY, Tom was the son and the youngest of six children of Robert R. Rapple and Marjorie Pearson Rapple Deubel, both of whom predeceased him. He was also predeceased by his step-father John Deubel. Tom grew up in Burnt Hills and was a 1980 graduate of Burnt Hills-Ballston Lake High School, where he excelled in track and field. As a student, Tom held the school record for the 1-mile walk with a time of 7:02.3 and competed in the Empire State Games. After high school, Tom enlisted in the U.S. Navy and served as a radioman aboard the USS SIMON LAKE. Returning home from the Navy, he was the program director at Camp Chingachgook on Lake George, where he met his future wife, Lisa Finley. They were married in 1990 at the United Methodist Church in Cambridge, NY. Tom earned his bachelor’s degree in history from Excelsior College, where his special interest was World War II and other cultures. Growing up, Tom had a penchant for facts and data. He was a walking sports encyclopedia — especially when it came to baseball statistics. His prized possessions as a child were his Ty Cobb and Hank Aaron baseball cards. Tom’s favorite teams were the NY Yankees and NY Jets, and he delighted in razzing friends and family members who rooted for other teams — especially the Boston Red Sox. Tom brought joy and laughter to his family, and he will be sorely missed. Tom’s career spanned positions in retail and sales, and he spent the last two decades as a commercial truck driver. In the final years of his life, Tom suffered from the devastating effects of frontotemporal dementia. He is survived by four sons: Landon Jurgens (Laura Santa Maria) of Austin, TX; Jonathan and Kevin Rapple, both of Clifton Park, and Dustin Rapple of Malta; his wife Lisa Rapple of Malta; brothers Kenneth (Lucy) Rapple of Pawcatuck, CT, and Randy (Mariann) Rapple of Ticonderoga; sisters Gail (Richard King) Grow of Albany, Katy Taylor of Tampa, FL and Susan Rapple (Brandi Sikorski) of Belmont, MA, as well as many brothers- and sisters-in-law , nieces and nephews . A prayer service will be held on January 7, 2023, at 11am at Jones Funeral Home, 2020 Central Avenue, Albany, NY followed by interment with military honors at Vale Cemetery in Schenectady, NY In lieu of flowers, gifts can be given in Tom’s memory to the Ann Romney Center for Neurologic Diseases, Brigham and Women’s Hospital, 116 Huntington Avenue, Boston, MA 02116.
To plant a beautiful memorial tree in memory of Tom Rapple, please visit our Tree Store
Saturday
7
January

Share Your Memory of
Tom
Upload Your Memory View All Memories
Be the first to upload a memory!
Share A Memory
Plant a Tree